75 Megawatts to Begin Construction this Summer
The projects will generate clean electricity to power nearly 12,000 homes

DSUN – in partnership with EWT– began development of this community solar portfolio in late 2016.   Projects are planned to be constructed in 2018.  Creating over 800 jobs and millions of dollars in new tax revenue to schools and towns, DSUN and EWT are proud of SUN8’s success within such a short period of time.

“This makes us the largest developer of fully ready-to-build community solar assets in NY since Governor Cuomo and state legislators authorized this visionary clean energy program for local communities,” says Chase Weir, CEO of DSUN. “Combined with an additional 90 MW of distributed solar and wind production we plan to bring online next year, DSUN is excited to expand clean energy access to almost 30,000 New Yorkers within just two years.”

Support from the New York State Energy & Research Authority, along with the NY Green Bank, has been essential to the rapid development progress of the SUN8 development portfolio.

“We applaud the firm and bold commitments to climate protection and clean energy technologies from state officials,” says Eric Holton, Head of Business Development for EWT in North America.  “Our partnership with Distributed Sun exceeded our expectations and together we look forward to contributing to energy choice, via both distributed wind and solar projects, in the United States and around the world.”

This community solar project further builds on the success of EWT in community energy projects. EWT has already successfully developed and constructed community wind projects in the Netherlands and the UK, and is actively developing the largest portfolio in New York. In 2017, EWT was awarded a tender of 22 turbines on 10 Greek islands by PPC Renewables (a subsidiary of PPC, Greece’s largest power generation company), bringing localized energy solutions to the Greek islanded communities.

EWT is committed to providing its class-leading wind turbine technology and other energy solutions to help meet New York state’s clean energy goals. EWT strongly believes that its partnership with DSUN will continue to drive distributed energy growth in New York and throughout the United States.

To date, DSUN has developed the largest number of seasoned, multi-MW solar operating assets within the NYSEG utility rate territory.  As its long-term commitment to New York’s clean energy goals continues to grow, the Company expanded its offerings to include distributed wind with on-site and off-site energy storage and management solutions. 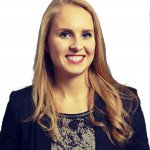