EWT is active in the Italian market since 2016

EWT officially started its operations after the signing of a few projects available in the last Energy Register GSE.

EWT has established an office in Modena and an operative office in the south of Italy to be able to manage the installed fleet and to be ready for the next steps of the Renewable Energy policy in the country. EWT is actively involved in the discussions regarding the country’s new policy.

The EWT turbines are a perfect solution for low wind areas, with its diameter of 61m with a certified Class IIIA, but also for very windy areas with its rotors of 58m and 54m for wind class IIA and IA.

Repowering
In the past months EWT has been involved in repowering projects, replacing under performing 2nd hand wind turbines or turbines that reached the end of operational lifetime. Turbines which have been running for 13-15 years or more, or refurbished turbines that are being re-used may be replaced for significant improvements in output by a modern turbine. These gains come from the significant improvements in output which come from modern technology and yield from greater swept areas. Planning regimes in some jurisdictions, will require the preservation of original height/setback and/or other considerations.

In these situations EWT provides a highly attractive solution, offering modern yields, availability, performance and technology but within planning ordinances which prevent deployment of larger turbines.

EWT Development
With the new renewable energy policy coming soon, EWT is working with developers and investors on the co-development of projects.

The Italian team
We have established ourown Operations and Maintenance team in-country to ensure the smooth running of the current fleet and other turbines which will be installed. Our team is very interested to talk to developers, land owners, investors and owners of single turbines in the power range from 200 kW to 1MW to grow the market together.

“EWT is a natural fit for the Italian market, both today and in the future, and so our first contracts and first installation represent important milestones. ” Mark Jones, CEO of EWT.

Find below the video of  installation of EWT’s first turbine in Italy: 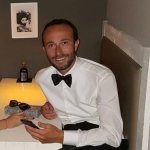