Mexico has seen an exponential growth of electricity generation projects through large scale renewable energy in the last few years. This, undoubtedly, has boosted the country’s sustainable development, and with these large scale renewable energy projects Mexico has been a good example for Latin American countries on how to transform and diversify the country’s electricity mix.

The rise of those large scale renewable energy generation projects, however, also creates a challenge for the country’s electricity distribution system. The system is not updated for renewable energy integration and remains very inefficient. Also, these large developments are often carried out by big international companies, bringing in their own personnel for the construction of these parks. Thus, having no or minimal impact on the local economy.

Distributed energy, however, could bring this much needed visible impact on the local economy. Distributed energy has a small footprint, utilizes local distribution lines, stabilizes the local distribution grid and brings local economic stimulus (e.g. revenues and jobs). From the environmental prospective it has a very small impact to the local environment. These small, local projects can blend with the great Mexican biosphere and environmental preservation guidelines.

In Mexico, distributed energy has mostly been executed with solar. Mexico has, however, a great mix of renewable resources and has many areas where wind energy has more potential than solar energy, due to factors such as lower solar radiation, high temperatures, limited available space, and high wind resources.

There are many countries that have implemented these types of projects all over the world (Europe has many factories, farms, water treatment plants and communities benefiting from distributed energy) and where the door opens to local investment, making local economies benefit from these projects.

EWT has implemented innovative models to promote community wind projects and where local population has been the main beneficiary of these type of sustainable projects.

We see an immense potential for community wind projects in Mexico. For the implementation of these projects, however, regulation needs to be adapted for the model to work. New regulation should stimulate the development and implementation of community projects, where main problems for this type of projects dealing with challenges such as permitting process, access to finance and a clear legal framework

In the Netherlands we have successfully implemented a community wind model, called the “Buurtmolen” project. The model works as follows

This community wind model creates various benefits to the community. Not only does it provide cheaper energy, it also gives a more stable electricity distribution network and the community is able to take control of its own energy management.

To make community wind projects work in Mexico, we’ve put down some ideas:

In Mexico, there is already a first initiative of a distributed wind project that is also community-based. It serves the community of Puerto Peñasco (Sonora) to reduce its energy cost.

EWT is committed to bring distributed energy to Mexico and actively supports the promotion of community wind. If you would like to hear more about who we are or what we do, please don’t hesitate to get in contact with our Mexican team! 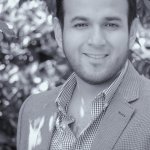