EWT has kicked off activities in the French market at the end of 2016 exploring one of the most mature renewable energy markets in Europe.

France ranks high on Europe’s renewable installed capacity overview as it’s been activily installing renewable energy already in the early days. France has a lot of wind potential and is an interesting market for EWT due to a number of reasons; the many areas with restricted tip heights, self-generation projects that are slowly on the rise and the need for repowering older turbines in the near future. Three main areas in which EWT plays a significant role.

Repowering
Currently France has a lot of onshore wind turbines spinning across the country that are about to reach their end of lifetime. A perfect moment for EWT to step in with repowering.  Turbines which have been running for 13-15 years or more may be replaced for significant improvements in output by a modern turbine. These gains come from the significant improvements in output which come from modern technology and yield from greater swept areas. Planning regimes in some jurisdictions, will require the preservation of original height/setback and/or other considerations.

Tip height restrictions
EWT has a very diverse (VASTA) range of turbines in terms of wind class and hub height which makes the EWT turbines and solutions the best fit for many of the sites within the French market. France has a lot of areas where tip heigt restrictions are in place and where the limit reaches 100m. In these situations EWT provides a highly attractive solution, offering modern yields, availability, performance and technology but within planning ordinances which prevent deployment of larger turbines.

EWT team
Contact our colleague responsible for the French Market in order to get the best solution for your renewable energy project in F rance.
We are also supporting developers and we have our own pipeline of projects that could be available if you are interested to invest in the French market. 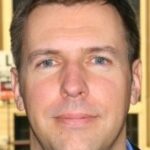